Well, it was a glorious fall day here in Kansas, almost hot even!  My mom and I decided to check out the Maple Leaf Fesitival in Baldwin City, KS (about 45 min away).  It is a cute town with a college, lots of trees and brick streets.  The booths were ok but not really my thing, lots of jewelry, primitives, handmade baby items and yard art, and of course food (well, I did enjoy the food). But it was a pretty day and nice  to walk around outside.  Of course one of my fav things in the town is the antique store and you know we stopped.  Here are the treasures I found 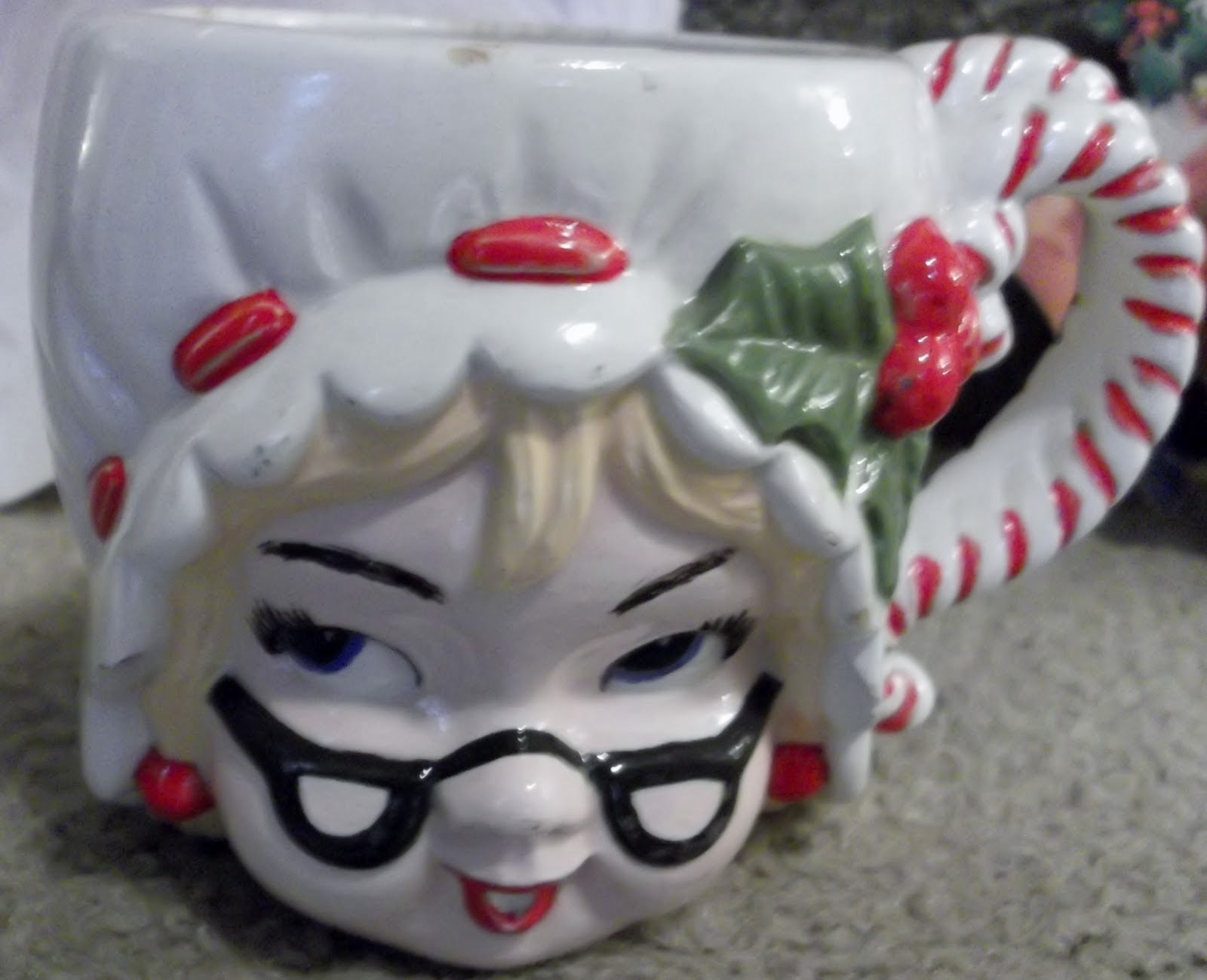 This mug will go with my santa mug collection.  I dont have very many Mrs Clause so I was happy to find her.

First off, I cannot believe it has been 3 months since I posted!!  I seriously thought it was only last month.  Well, it's been a BUSY three months.  I moved into a new antique booth much closer to home. (Pics coming!)  My mom moved here to Kansas from Iowa and my sister and her family moved here also from Oregon!  It has been awesome having them all here but lots of moving and unpacking.  Plus, busy at work, selling on ebay, etsy and booth, thrifting, estate saleing, kids back to school, kids off to college (my middle son is now at Arkansas, go Razorbacks!) and just life. Whew!  I have more thrift finds than I can count to share with you all but that is for another day.  Today I wanted to share a little project I made.  A year ago a bought a big ole box of spools.  They looked like this 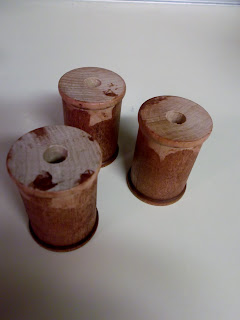 I bought them with the intention of adding some fun twine and selling them.  I saw them on etsy and they were cute. but bakers twine was a little expensive.  Then this great site called Pick Your Plum came into my life (if you don't know what it is go check it out right now!)  and they have a "daily deal".  One day the deal was bakers twine...YEAH!! So I bought this... 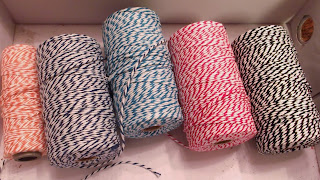 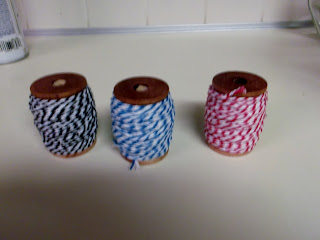 Cute but still seemed to be missing something.   So I pulled out my trusty scrapbook paper that hasn't been used for actual scrapbooking in 6 years and cut these out 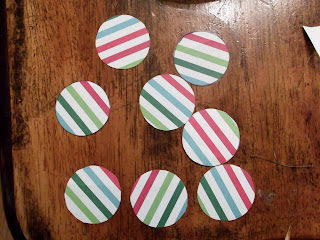 If I was a cool kid I would have had a fancy machine or at the very least a paper punch to cut these suckers out, but since I am neither cool nor a kid I had to cut them out by hand.  It was worth it though when I slapped some glue on, stuck it on the end of the spool and walla..how cute are these??? 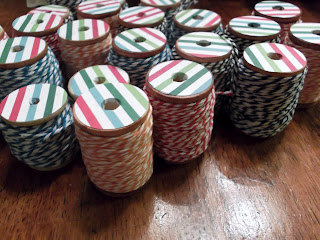 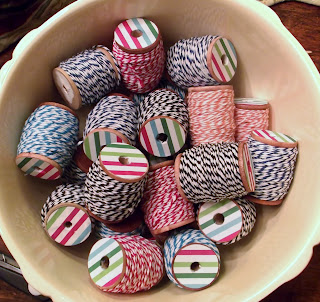 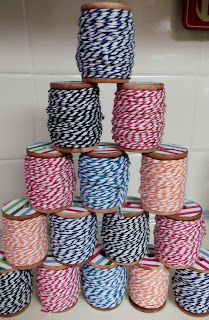 Even cuter stacked in a pyramid or thrown in a yellow bowl! It may even be Pinterest cute! Well they are headed to the booth tomorrow so hopefully someone besides me thinks they are cute.
Next post, some new thrifty finds, I promise :)